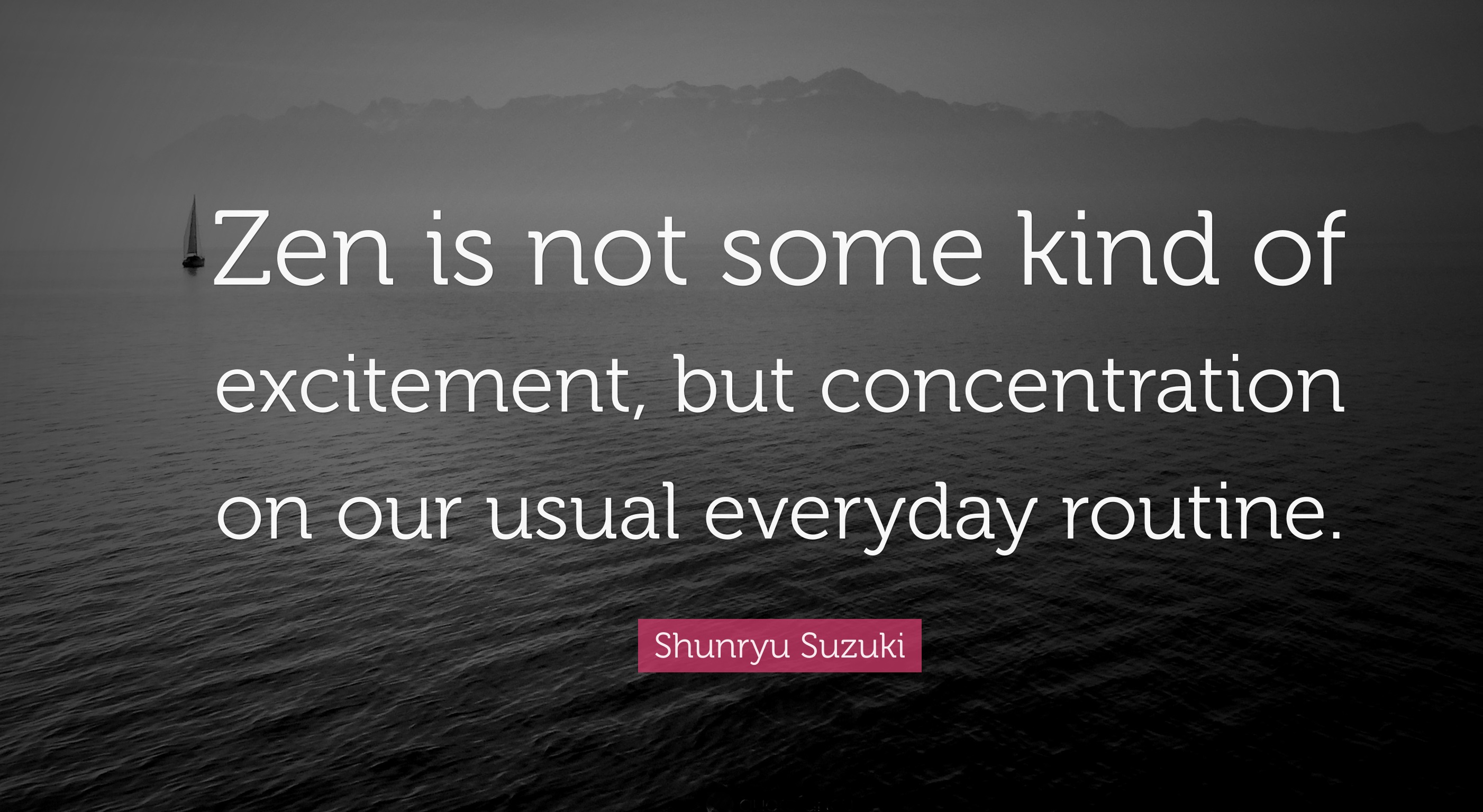 This week Tesshin continued our discussions of the Paramitas with Jnana, which roughly translates as “concentration.”  Tesshin noted that jnana predates Buddhism.  In fact, many of the practices that the historical Buddha explored on his spiritual journey before his enlightenment were considered jnana practices including ritualistic fasting, yoga, and others.  The idea of being concentrated in the moment is really a universal and timeless concept.  Tesshin noted that even “cavemen” in the distant past recognized special states of mind that differed from the ordinary.  Perhaps they were experienced during hunting or during religious rituals.  The single-minded concentration of jnana is a fundamental aspect of being human.

Tesshin noted that many religious traditions in the East tend to think of jnana as a “technique” which must be developed in order to obtain insights.  For instance, practitioners can take specific poses in yoga or chant specific mantras, or focus on specific objects for periods of time.  These traditions focus on increasing “skill” over time in their methods in order to achieve a spiritual goal.

However, Zen is very different, and this difference is vital to understanding our tradition.  In Zen there is no difference between jnana (concentration) and paramita (insight) – they are exactly the same thing.  So, we don’t say that sitting leads to insight, rather sitting IS insight.  Also, we don’t work hard to improve our sitting “skills” in order to have a better chance at Kensho.  Rather the act of sitting is the epitome of existing – nothing else needs to be done.  Jnana is fundamental to human existence and Zazen is exactly human existence so there is no way that Zazen cannot naturally generate heightened states of Jnana.  Tesshin recounted a Zen story where one master asked – “what is zazen?”  The other master said, “Zazen is NOT zazen.”  How is this?  Because Zazen is reality – it encompasses everything.  To call Zazen a technique is to separate it out as something apart from universal reality.  This would be wrong thinking.

Tesshin told us that in many ways, sitting zazen is an act of radical love.  By this we mean that feeling deep love and gratitude it is not in recognition of a favor – it is not transactional.  We do not feel deep love because our spouse cleaned the kitchen or the husband took out the trash.  Deep love is a state of mind.  It comes from within.  Tesshin likened Zazen to this deep state of mind – it is almost like tuning into the frequency of life.  So much of our life is running around multi-tasking that we are never really in sync with reality.  Zazen is the chance to live and experience profound gratitude and love – which is what life is, after all.

So how do you increase this state of love and life?  It is as simple as coming back to the breath wherever you are.  The breath is our entry to mental serenity.  Once we are there, we can also use the gift of sensations.  Tune into your feelings, smells, hearing, etc.  All of these things bring us into the present.  Come back to the details of your life.