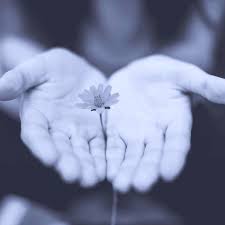 This week Tesshin began our study of the six Paramitas.  The term Paramita translates as “reaching the far shore.”  The understanding of this ‘reaching’ is all about the balance between that which is attainable and that which is not attainable.  The “other shore” is hard to attain but remains understandable and achievable.  If it was not, then striving for it would be a useless pursuit.  Our desire to achieve the perfections, or paramitas, give our practice and belief system focus and grounding.  Tesshin likes to compare our belief system to be an embedded “operating system” for our life.  We can think of the paramitas as a way to optimize that operating system and keep it free of viruses and malware.  Stated differently, the paramitas allow us to always act from a place of skillfulness for both ourselves and others.

For this talk, Tesshin focused on the paramita of Dana which roughly translates to “generosity.”  The concept of giving is fascinating in all spiritual traditions.  For instance, if you look in the Jewish tradition for the term charity – it talks about four types with each subsequent level being more prized.  The most basic level of giving is when it is done to someone whom you know and, in addition, they know you.  The next level is publicly giving to an unknown recipient.  (e.g. like public giving to a charitable organization)  The next level is giving anonymously to a known person or organization.  The highest level is an anonymous gift to an unknown recipient.

The Buddhist perspective on generosity is somewhat different.  First, we need to understand that in Zen, in an absolute sense, we are all the same thing.  Dana is not about me giving something to you.  If we think that way, we have smashed reality into the tiny bits of you, me, and the thing given.  This is wrong thinking!!  So, what is generosity in Zen?  It is performing actions that have a real impact on reality of Karma.  Tesshin noted that the greatest generosity is life itself and asked us to consider how we can make our very life an act of generosity.

With this in mind, Tesshin described the Buddhist conception of Dana.  Like other religious traditions, there are many ways to approach Dana with each subsequent stage being more prized than the former.  The first stage is the Dana of physical things.  This is basically our common conception of charity.  Of course, for this level to work karmically, we must have correct motivations.  We should not look at charity as a transaction where I give something (e.g. cash) and hope to get something back (e.g. recognition)  Yes, these types of transactions can have a benefit, but karmically they are very weak.  The next level of Dana is kindness to yourself and others.  This behavior is considered better because the karmic impact can be greater.  Tesshin used the example of Mr. Rodgers.  His entire live was living and breathing the Dana of kindness.  Is it quite easy to see how much more impact this had versus mindlessly sending in some money once a year to a worthy cause.  Finally, the highest and greatest level of generosity in Buddhism is the dana of fearlessness.  Can you give someone the gift of fearlessness?  How do you help someone to transcend their fear so they can flourish in life and become enlightened?  This action has the greatest karmic impact.  This Dana can be generated by teaching, parenting, and supporting.  This is the friend listening to someone in pain and giving them skillful advice – even if they really do not want to hear it.  This is the mentor carefully guiding someone to achieve success in their career.  This level of Dana is the most prized in Buddhism because it allows flourishing in life.  It has the greatest karmic impact because flourishing people have a greater chance of being generous to others – thus continuing a virtuous cycle.

Tesshin wrapped up by stating that fearlessness does not need to be dramatic.  Our sitting practice is the dana of fearlessness.  The sangha supports each of us in fearless practice.  We then take this Dana out into the world to do good.  Lastly, at the core of fearlessness, is the Bodhisattva who devotes its entire existence for all eternity to Dana.  This is the personification of the paramita of Dana which we should strive for.

Tesshin reminded everyone that next Saturday is the 4th UU TLC day.  It will be from 9am -2pm.  Tesshin encouraged everyone to show some Dana by coming out and lending a hand to spruce up the building and grounds.