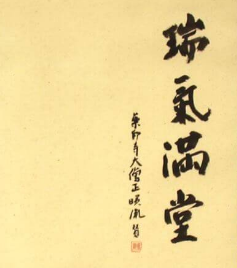 Tesshin opened his talk this week by commenting on last week’s talk about perpetual energy.  He noticed that it is ironic that he was talking about power considering that his house was still without power a week after hurricane Isaicas passed through.

So, what are we to make of this story?  The woman understood the grace of God – are we telling her not to believe?  I do not think so.  Perhaps the woman had a misunderstanding about what faith really is and how it works.  Tesshin provided another example by sharing Case #9 from the “Gateless Gate” Koan collection by Mumon…

A monk asked Koyo Seijo, “Daitsu Chisho Buddha sat in zazen for ten kalpas and could not attain Buddhahood. He did not become a Buddha. How could this be?”

Seijo said, “Your question is quite self-explanatory.”

The monk asked, “He meditated so long; why could he not attain Buddhahood?”

Seijo said, “Because he did not become a Buddha.”

Here we naturally ask the question – if Daitsu Chisho sat for an eternity (a kalpa is a REALLY long time!) would it not Buddhahood be guaranteed?

Tesshin remarked that there are really two things going on here at the same time.  The first is our day to day existence and the other is the absolute nature of reality.  A common question in Zen is why practice if we are already perfect?  We practice as it focuses our day to day existence and sets us up to gain insight into the absolute.  A simple metaphor may be that any human can lift 200 pounds over their head, but to do that requires consistent training.  We sit because we can change our existential experience.  We are already Buddha, but we do have control over the day to day experience.  We build experiences which eventually lead to deeper understanding.

So, our woman had an intuitive understanding of God’s beneficence, but it was a dualistic understanding because she misunderstood its application in day to day living.  It is the same thought when we say we do not need to practice because we are already Buddhas.  Looking at it from the other direction, Daitsu Chisho could meditate until the universe ended, and may still miss the key insight of the unity of all existence.  Doing a physical activity well does not guarantee anything.  Intellectual mastery misses the point entirely!  This is why Zen is a very intuitive and existential tradition and is commonly referred to as being outside of the scriptures.

Kensho:  Is the stage in practice where one finally understands the true nature of reality and the everyday suchness of everything.

Honrai muichimotsu (heart of the truth) is the understanding that this understanding extends to everything, everywhere, and for all time.  This is one of the most famous expressions in Zen and translates to the fact that everything comes from nothing and comes into the universe with nothing – no attachments, no possessions, no preconceived ideas nor prejudices; by nature, having nothing. Tesshin remarked that this is exactly the message in the Heart Sutra.

Tesshin likened this nothingness to the Ocean.  The ocean is always the ocean – year after year – century after century.  However, it also has a phenomenal and existential experience – namely the storms, waves, and currents.

So, looking at the koan again, Tesshin suggested that we swap out the word “Buddha” for the word “Ocean.”  The ocean has been making waves for kalpas, yet the ocean never became the “Ocean” why?  The master would respond that the ocean could not become the ocean because it already is the ocean.  But my understanding of the Ocean is calm waters!!  No!  Ocean is Ocean whether calm or stormy.  However, a sailor on the ocean would have great difficulties contemplating the vastness of the ocean with 40-foot rogue waves slamming into his tiny craft.  This is our practice!!  We try to calm the waters of day to day so as to give us space to contemplate the vastness of suchness!  We strive for Kensho as a doorway to the vastness of Honrai