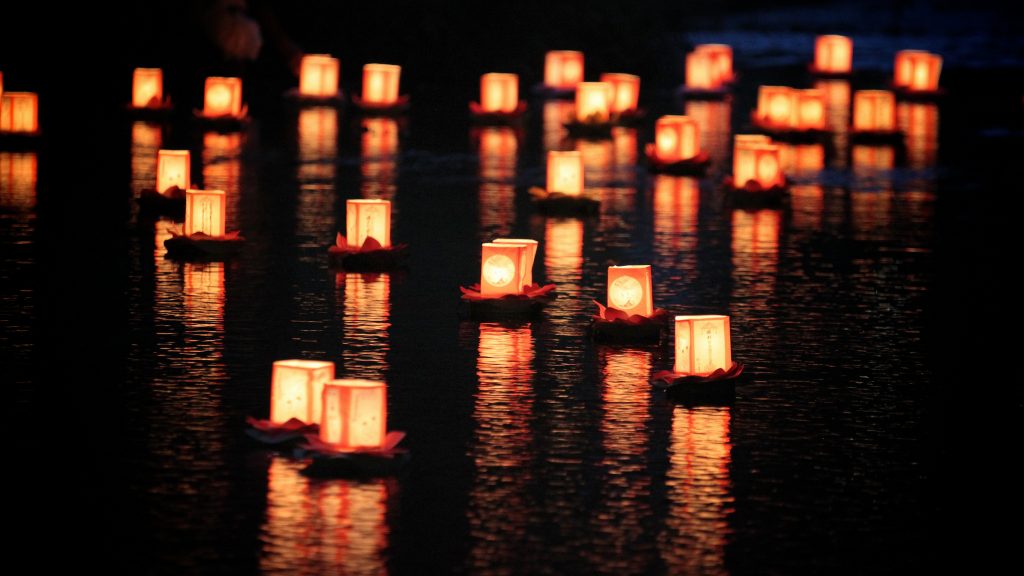 Tesshin mentioned this week that Japan is observing the Obon holiday.  Obon is when many families across Japan come together to honor their ancestors and loved ones who have passed away.  Common practices include maintaining the family grave site, but there are also festive practices such as dancing and special foods.  Tesshin fondly remembered this as a very busy time for monks like himself.

What should a western sangha like ours do to mark this occasion?  Of course, we should take time to contemplate the impermanence of all things.  Specifically, we should cherish the time with loved ones right here and now.  Tesshin suggested that we can also contemplate the life of Siddhartha Gautama, or the historical Buddha.  To do this, he shared another story from the Udana teachings –   “Cunda Kammaraputta Sutta”   This is commonly known as “Buddha’s last meal” and tells the story of how a lay practitioner accidently made a tainted food offering to the Buddha which caused the Buddha’s eventual death.

After reading the story Tesshin explained some of the key teachings.  The first thing we should understand is that Cunda was not of the clergy or the elite, he was a normal everyday lay practitioner.  This reinforces a very democratic message common in Buddhism.  Any person can have direct access to the Dharma.  Teachers are not special, rather they show compassion by pointing the way forward.  Specifically, teachers have no supernatural powers or privilege – even the Buddha.  In the story, Cunda, the smith, sat right next to the Buddha and received the full Dharma just like the monks.  This makes sense from a Buddhist point of view because everyone is already perfect and has everything necessary to achieve enlightenment.

The next point was around the food itself.  There is debate around wither the “pig delicacy” referred to a pork dish or something pigs like to each like truffles.  However, the point in the story was that Cunda considered the dish special and that the Buddha accepted it with gratitude due to Cunda’s effort in preparing it.  Tesshin noted that while in Japan his teacher, Ban Roshi, had the same practice.  The temple would not actively purchase meat for the monks, but they would never consider turning away an offering of meat.  Monks eat what is offered with the sense of gratitude.

Next, the story recounts that the Buddha became sick and eventually died from contamination in the food Cunda offered.  Interestingly, the story considers Cunda a hero, and not a villain, as Cunda provided the Buddha with his last meal before he became “unbound.”  Here the story is telling us that intention is paramount.

For a person giving,

no animosity is amassed.

One who is skillful

— from the ending of passion,

The story ends with a vignette describing how Nandha became depressed because his teacher, the Buddha, was dying.  Shakyamuni, in his compassion, did not simply say all would be fine, instead he said he understood the pain and loss and the sadness was valid.  This understanding is deep compassion.  The last thing we want to hear when we are suffering is that it will be “ok” and not to worry.  Life has suffering, and we should never deny this.   However, the Buddha then continued and asked Nandha to consider all the gifts which friends, teachers, and loved ones gave during their lives.  The Buddha then reminded Nandha that these gifts are not removed when the person dies.  In other words, cherish the gifts of the person in your heart.  This is the message of the Obon ceremony and one of the last great teachings of the Buddha.