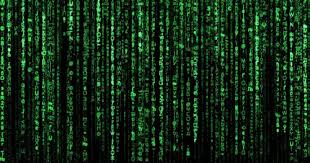 Tesshin used his talk this week to muse whether our existence is nothing more than a simulation.  He recounted a recent discussion by a group of scientists trying to either prove or disprove this theory.  The line of thought is that if you compare the difference in cognitive power between a house fly and a human and then project that to the difference between humans and a super intelligent civilization – it may be reasonable to image a technology which could put us in a simulation.

Tesshin then went on to remind the group that ideas like this have been with us for a long time.  For instance, the “Brain in a Vat” thought-experiment is most commonly used to illustrate a strain of philosophy called Cartesian Skepticism.  We also see ideas like this in the Bible where stories imply that God created multiple versions of life before us.  There are also clear messages in the Bible that we are in the mind of God – which could be interpreted as existence within a simulation.

What is the Zen perspective on whether we exist in a concrete reality or a simulation?  Our tradition talks a lot about Karma.  We understand Karma to be the sum of cause and effect which brought you to this very point in time.  Tesshin asked us to consider if this is similar to a “dynamic computer program” in which previous effects control how the program progresses.  In other words, we are being asked to imagine Karma as the main program of a potential simulation.

Tesshin next asked the group if this line of thinking is skillful?  If we were living in a simulation would it affect our practice and path?  The Buddha always said that all he preached were useful practices to alleviate suffering and dispel suffering.  Evidence over 2500 years show that meditation is an effective tool which prepares the mind for deeper insights.  If we are living in a simulation, perhaps practice allows us to tweak the parameters of the model in order to affect the outcome in a positive way?  We can ask a very basic question – does it matter if enlightenment is part of the simulation or is it liberation from the simulation?  If we reflect deeply, we come to the conclusion that it really does not make a difference.  Our “job” is not to see beyond the simulation – our job is to see beyond our own delusions.  Tesshin was clear here – intellectual thought experiments like “Brains in Vats” are fun and interesting, but they are just another distraction along the path.  When the Buddha was about to die, the gathered students asked him about the nature of gods and life after death.  He smiled and stated that these topics are nice to ponder but are distractions from the great matter at hand.  It is the same in the modern world – we can debate the existence of the Matrix, but we must understand that this is “philosophical TV watching.”  Nice to do for a bit, but then it is time to get back to the work at hand.

Tesshin wrapped up by relating a story in his own life showing how practice can tweak Karma and actually change deep patterns in our life.  A week ago, Tesshin was doing a fund raiser at his house against hunger and one of the neighbors got upset because he and the neighbor share a common driveway and the neighbor did not appreciate the crowds.  It became a rather large and uncomfortable conflict.  It became clear right away that deep-seated patterns of thought really drive how conflicts occur and are resolved.  Tesshin could think, “How dare some ignorant person interferes with my good deed – after all who could object to feeding hungry people?!”  The natural next step is loud shouting and insensitive statements about the other person.  However, 30 years of introspection clearly told Tesshin that we are ALL the same thing – the neighbor is not evil, broken, or crazy – they suffer too.    This is the change of perspective which changed the Karma!!  According to Tesshin – this is getting down into the “code of reality” and making necessary changes.  Is it the code of human psychology?  Is it the code of Karma?  Is it the code of a nuero-interactive simulation we call the Matrix?  IT DOES NOT MATTER!  What does matter is that Tesshin was able to change the outcome.  This is why we practice.