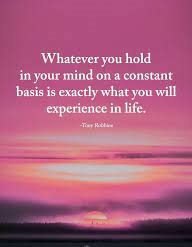 Tesshin Roshi continued our Jukai training this week by beginning a discussion on the Ten Grave Precepts.  To western ears this may sound a lot like the biblical Ten Commandments.  As such, Roshi wanted us to explore that topic and see if this was the case.

At first reading, there is some overlap between the Buddhist Precepts and the biblical commandments.  For instance, both begin with the injunction not to kill.  However, we must go a bit deeper to really understand the difference.  Roshi asked us to consider where the injunction not to kill comes from in both of these traditions.  In the biblical conception, the Israelites were wandering in the desert for forty years after fleeing Egypt.  It is important to understand this was done to ensure that nobody entering the promised land lived as a slave in Egypt.  The society had to be completely rebuilt from a slave-mentality to a freedom mentality.  The Ten Commandments, in this conception, forms the basis of the law of a free people.  It is how God wants a free and civilized people to behave.  It is commonly said that you can tell a lot about a culture from its laws – and if we really think about it, much of Western law centers on the core of the Ten Commandments.  Tesshin then remarked that the biblical commandments are not just simply laws and rules, but also craft the philosophy of belief in the West.  Specifically, it is very much an “outside to inside” approach.  Specifically, there are commandments and many associated laws which dictate behavior.  The thinking is that as a person follows and honors these laws it transforms them from a savage into a civilized person.  The law transforms the person from the outside.

What about Buddhism?  Here Roshi was clear – Buddhism takes a different approach.  First, he stated that each of the Ten Percepts can be understood at three different layers.  So, thinking about the injunction not to kill, the first layer is the literal understanding.  Do not kill means do not take any life.  In many Theravada traditions, this is taken to an extreme where monks will walk with whisk brooms to ensure that they do not step on insects.  The next level is to embrace the spirit of not killing.  This level is common in the Mahayana schools of Buddhism including Zen.  What is this spirit?  It is universal compassion.  We have compassion because we understand that every sentient being is exactly the same thing as us.  The symbol of compassion is Kannon Bodhisattva.  This is why Kannon is such an omnipresent symbol in Zen.  She reminds us about the spirit of compassion.

Tesshin Roshi then mentioned that compassion is a fine spirit, but then asked if this has anything to do with our mission in Zen which is to deeply understand the true ground of reality.  It could become so easy to say and act the correct words of compassion and use it to inflate the ego.  Here Roshi stated that at this level, not killing is not just a commitment to compassion, but the full embodiment of Zen enlightenment!  A metaphor of this would be like smelling bread baking.  The bread smell, like our actions of compassion, is not enlightenment itself, but an expression of it.  We act according to the percepts because acting this way invokes the presence of enlightenment in the world.  We create it moment by moment by our actions.  In a similar way, we invoke Kannon as she creates compassion in the world which in turn manifests enlightenment.  Roshi, stated that this is a more “inside to outside” approach.  We train our mind and by doing this the entire universe changes.

Roshi wrapped up by asking what is common to every Bodhisattva in the Mahayana tradition.  The answer is that each of them has taken the vow to specifically embody realization and never stop until every being also manifests it.  As such Jukai can be considered our personal transformation into becoming a Bodhisattva.  This ceremony creates Bodhisattvas and ensures that the opportunity to manifest enlightenment is passed from generation to generation.