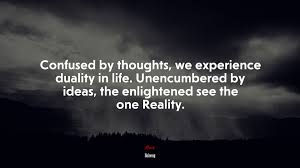 This week Tesshin Roshi started an exploration of the Platform Sutra   This sutra is important in Zen Buddhism as it centers on the teachings of the sixth patriarch Huineng.  The term ‘platform’ refers to the stage which an honored teacher sits when expounding the Dharma.

Roshi also took a moment to explain the term ‘patriarch’ to the group.  In Zen, lineage is crucial.  Even today, we trace the lineage of teachers all the way back to the historical Buddha 2500 years ago.  Zen pays special attention to a group of six teachers called the patriarchs. (i.e. founders or ancestors) who were active between the 6th to 7th century CE in China.   The first Zen patriarch was Bodhidharma who left India to bring Buddhism to China where the tradition continued to grow and flourish.  Each master would then choose their successor which propagated the lineage throughout time.  Huineng was the sixth of these founding masters of Zen.  After this period, multiple schools and lineages of Zen developed and diverged.  Roshi reminded us however that all of these Zen schools, including our own Soto school, trace their lineages back to these six founding masters.

Roshi next mentioned that the sixth patriarch was an illiterate peasant which is a quite uncommon background for a monk in early China.  However, Huineng was determined to learn the Dharma and become awakened.  Traditionally, someone aspiring to become a monk would arrive at a training center and knock on the door and announce their intentions.  The teacher would always reject the aspirant and tell them to go home and stop bothering the monks in the temple.  In the case of Huineng the insults were particularly cruel because of his background.  Many people would have given up and left, but not Huineng.  His passion was simply too strong to be distracted by insults no matter how bad they were.  The story is that he waited for three full days until the monks inside finally relented and opened the gates.  Roshi noted that this form of “hazing” persists to this day as training is a serious matter and should not be taken up as a whim.

Even after allowing Huineng into the temple, the abbot did not think this poor peasant would amount to much.  Perhaps he is simply looking for a warm place to sleep and steady food?  Here Roshi noted that even the most advanced teacher still harbors delusions.  The abbot interviews Huineng with the express purpose of discouraging him from starting his training.  He throws every insult at the poor peasant including his lack of education, poverty, and even his racial background of being from the south of China.    After this tirade, Huineng calmly noted that the Dharma does not come from the north, south, east, or west.  It does not come from high or low.  The Dharma simply is.  The abbot was surprised to see such clarity coming from an illiterate!  However, teachers commonly look past the person in from of them – they try to experience someone’s level of understanding directly – and this poor and shabby nobody had talent.  The abbot was forced to admit Huineng but he also knew that the flames of prejudice in himself and the other monks would always be present.  He warned Huineng that he would not really be welcomed in the temple or fit in and that he would be assigned only the most menial jobs.   This part of the story should really give the group pause.  How enlightened are we today in our comfortable Zen centers?  How much delusion do we still harbor?  How would we react if a homeless person started expounding the Dharma on a subway train?  Would we listen?

Tesshin Roshi stopped here and talked about the jobs in a temple.  Yes, there is the abbot.  The head cook is also traditionally a position of high honor.  But what about lowly jobs like cleaning the toilets?  Is there any value in such work?  Huineng was given these menial tasks to do.  In practice, the job itself does not matter.  What matters is how one approaches the work.  Can you clean the toilets or polish the floor with your full attention?  It is said that Zen is found right in that moment – even over a dirty toliet.  Roshi noted that at the end of the retreats, he always made it a point to personally clean the toilets after everyone left.  We should carefully consider why an honored teacher do such a thing!

After some time, the abbot of the temple got old and contemplated retiring.  Traditionally, he passes authority to his successor by handing over his robes and begging bowl.  In this case, the successor was to be determined by who could create a poem which best encapsulated the teachings.  A senior monk provided the following submission…

The body is the bodhi tree.

At all times we must strive to polish it

and must not let dust collect.

Everyone thought this was a great poem including the abbot.  It was posted prominently in the temple.  It became very clear who was going to take up the robe and bowl and become the new abbot of the temple.  In time someone eventually read the poem to lowly Huineng.  He thought a bit and asked that the following be written and posted under the ‘winning’ poem.

Bodhi originally has no tree.

The bright mirror also has no stand.

Fundamentally there is not a single thing.

Where could dust arise?

The abbot was amazed that a “barbarian” could produce such clarity.  He invited Huineng to his personal quarters late one night and handed him the robes and bowls and made him the sixth patriarch.  However, he warned the new master that the monks still would not accept him due to his background and that he should leave the temple right away.  (Again, how sad is this!!)  Huineng followed directions and left the very next day.  The monks, after hearing what happened, set out to capture Huineng and recover the robes and bowl.  Most of the monks eventually give up, but one monk in particular was persistent and eventually caught up to the renegade master.  Here, however, the story takes a turn.  When the warrior monk catches up with Huineng and demands the robes and bowl, he happily hands them over – after all they are only “tokens” and not the actual Dharma.  At that instant the other monk realized that Huineng was the “real deal” and begged to become his student.

Roshi stopped here and asked the group to consider this story.  What is our expectation of a great teacher?  What is our expectation of a Zen student?  What is our impression of Zen itself?  Delusions are infinite and even the most accomplished among us are plagued by them.  Are you overly proud of your practice?  Do you think you are better than some poor homeless person?  We do not know where the Dharma will show up from!  Our entire lineage owes a debt of gratitude to an individual that most modern Zen students would cross the street to avoid.  We should consider this story carefully every day before making our judgments.