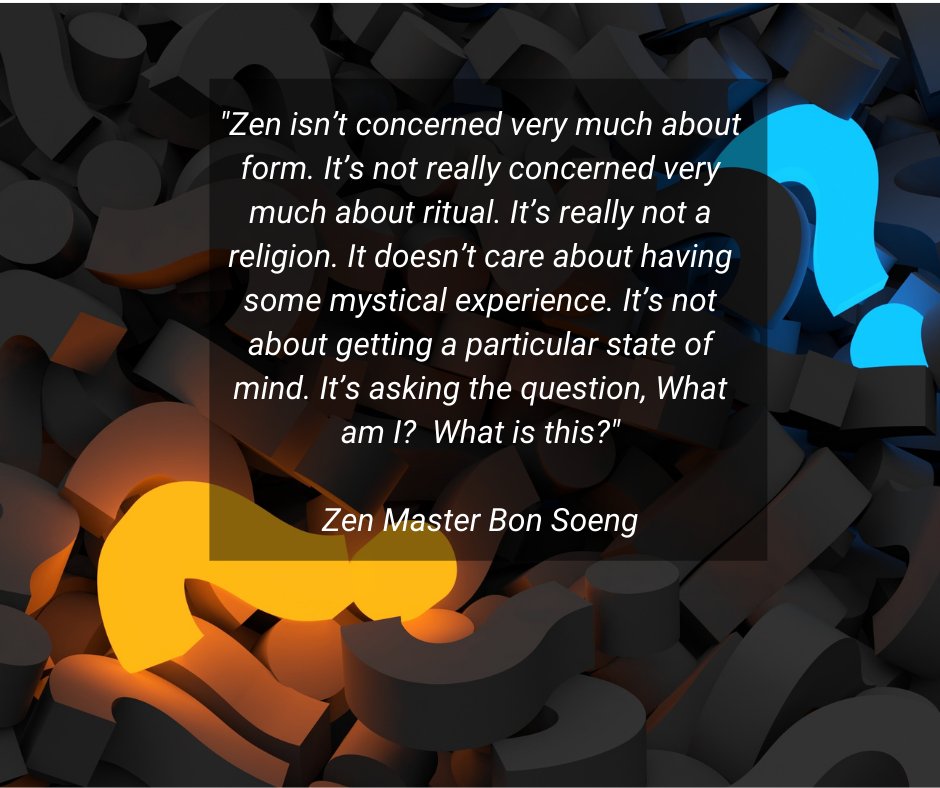 Tesshin Roshi used his talk this week to begin discussing Case 51 in the Blue Cliff Record.  This is known as Xuefeng’s (jap:Seppo) “What is This?”  For this first talk, Roshi provided the group with a background of the koan.  In the next talk he will dive into the deeper meaning of the koan.

Many of the koans were developed in China and translated into Japanese when Zen moved there.  As such, we commonly see Chinese and Japanese names used interchangeably when discussing these cases.  As Roshi trained in Japan, he commonly defaults to the Japanese names.

This koan centers on two Zen masters Seppo Gison (822-908 ce) and Ganto Zenkatsu (828-887 ce) both of which were direct descendants of master Deshan.  Both of these monks were active in a period of Chinese history when Buddhism was favored politically.  These two individuals could best be considered “Dharma Friends” as they trained and traveled together.

In one famous story which happened before the events in this koan, the two monks hiked across the vastness of China to study with the famous master Rinzai.  One day during this long journey, Seppo became troubled about his practice.  He asked his colleague, “I have spent so much time and effort practicing, but I am still not enlightened yet.  Am I wasting my time?”  Ganto asks him to describe his entire impressive “Zen Career.”  Needless to say, that Seppo had a lot to describe.  He went over all the great masters he trained under and all the meditation work he accomplished.  Gunto then stated that there was one thing missing in Seppo’s description.  Everything listed was external to Seppo – what was missing is what is within!  At this point Seppo had a great realization.  The story ends by noting that the two monks arrive at Rinzai’s temple just after he dies.  At this point, the two monks split up to find new temples to study in.  It is at this point where the actual koan case begins.

Roshi next read the koan…

When Seppo was living in a hermitage, two unnamed monks came to pay their respects.

When he saw them coming, Seppo thrust open the gate of his hermitage with his hands, jumped out, and said, “What is this?”

Seppo hung his head and retired into his hermitage.

Later, the monk came to Ganto.

Ganto asked him, “Where have you come from?”

The monk said, “From Reinan.”

Ganto said, “Did you ever visit Seppo?”

The monk said, “Yes, we visited him.”

Ganto said, “What did he say?”

The monk related what had happened.

Ganto said, “What else did he say?”

The monk said, “Not a word; he hung his head and retired into his hermitage.”

Ganto said, “Ah, how I regret now that in those days I did not tell him the last phrase![14] If I had told it to him, no one under heaven could do anything against him.”

At the end of the summer practice period the monk came back to this conversation and asked him about its meaning.

Ganto said, “Why didn’t you ask me about it sooner?”

Tesshin Roshi then asked the group, what is Seppo doing when he came out of his hut and asked, “What is it?”  Did he mean, “What do you want – you are bothering me – get lost!!”  The key here is not Seppo, but the state of mind of the students coming to visit?  If they are insecure in their practice or lack understanding, they may think that Seppo was saying nothing.  However, if they are deep in practice, the question, “what is it?” is the most important question in the universe.  In this context Seppo is engaging the students with the most important question there is – the true nature of all reality.

Roshi likened this exchange to Dokusan, which is the face to face interview a student has with a Zen master.  What happens in the Dokusan room is entirely determined by the student and what they bring in with them.  It was the same thing with the two monks in this koan.  When describing the interaction, they said nothing happened – they missed the big issue right in front of them because their minds were not in the right place.  For us to succeed in practice, we must be “primed” for enlightenment.  This is done by our time on the cushion – training the mind to open so that we are ready.

Roshi wrapped up by stating that he will dive into the remainder of the case next week.