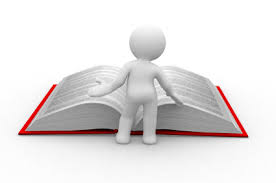 Tesshin began this week’s talk by recounting his time during the past week officiating at a friend’s funeral.  The ceremony was located in Rockdale Texas which is roughly one and a half hours outside of Austin.  Rockdale is pretty rural and its residents tend to be rather conservative.  Tesshin wondered how they would react to seeing a Buddhist priest in robes.  It is certain that Tesshin was probably the first Buddhist of any type these residents have ever seen.

As he was picking up his rental car in Austin and preparing for the drive, Tesshin realized that he was carrying quite a few preconceptions in his mind about the people and how he would be treated.

•     What could I possibly have in common with these people?

•     I am Buddhist and they are probably Evangelical

How do you define yourself, your group, other individuals, and other groups?  Tesshin mentioned that the winter is a time where we tend to curl up on ourselves and “pull in.”  The days are short and things are dark and cold – kind of like how things are perceived in the country right now.  It would be so easy to fall back on our existing definitions, prejudices, and other “safe certainties.”

As life usually does, things turned out very differently.  When Tesshin arrived in Rockdale, he was amazed by how friendly everyone was.  It appeared that these people were the same as everyone else.  Tesshin reiterated that Buddhism teaches that we are all essentially the same “thing” as we all desire to be free of suffering.  These people were no different.  Within the day, Tesshin and the general store keeper were happily discussing optimal mixes of chicken feed.  Tesshin learned quite a bit about raising chickens which will help him with his group of organic free-range chickens back in New York.

Tesshin then continued the talk with the story about a football coach, Keanon Lowe, recently disarming a student with a handgun in Oregon.  What was noteworthy about this story is that after the gun was secured, the teacher hugs the student and tells him that he “really cares” about him.  The student, of course, cannot believe this and continues to struggle.  However, after a few minutes, the student asks, “really??” which Lowe says YES!  At this point the student’s aggression melts away.  What happened here?  First, Lowe had the ability to change his definition of a gunman from a predator to a child require affection.  Also, the student changed his definition of the world from ‘everyone hates me’ to ‘this teacher actually cares.’  Tesshin reminded us that it is our definitions, preconceptions, and prejudices we carry in our mind which produces our karma and suffering.  He encouraged us to be like the teacher and be brave enough to change our preconceptions about things which we are so “certain” about.

Tesshin wrapped up by asking the group a simple question – Are we diminished by changing and letting go of our definitions?  He reminded us to examine our definitions and encouraged us to be open to changing them.  Lastly Tesshin wished the group happy holidays and happy new year.