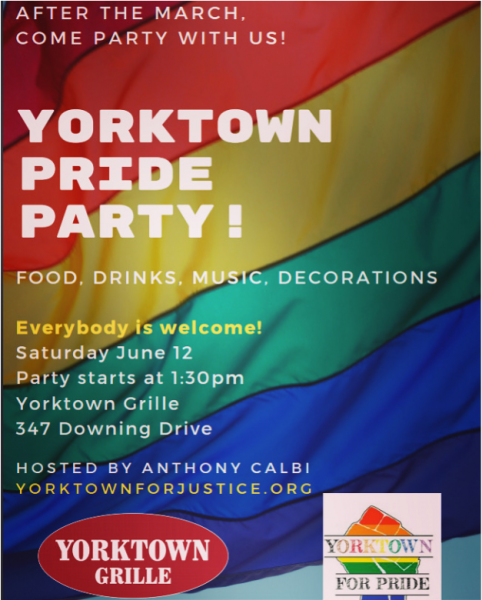 Tesshin postponed our study of Xufeng’s “What is It” this week so he could arrive at the Yorktown Pride Parade on time.  (see our events page – hope to get some pictures as well!!)

What is a Pride Parade and what does it have to do with our study of Zen?  At one level, this should be obvious.  A Pride parade is nothing more than the reiteration of non-duality.  Individuals are marching to simply state that they are ‘normal’ people and as people, they seek nothing more than to alleviate suffering and strive towards happiness.  Of course, this is correct, but there is even a deeper teaching Tesshin wanted us to ponder.

The Pride parade was arranged by the Methodist minister in Yorktown, NY.  He asked the other clergy to get involved by handing out water and tea to the marchers.  At the end of the organizing meeting the Rabbi mentioned that Judaism deeply relates to the feelings and desires of a marginalized and persecuted group represented by the marchers.  However, not every clergy member was comfortable with what the Pride march represented.  Tesshin asked us if this was a problem?  Were the clergy members who did not endorse Pride, the parade, or the message “defective” in some way?  Tesshin was clear here, NO they were not!  This is the deeper message of what is going on this weekend.

People are marching, people are supporting the march, others are uncomfortable.  What we have here is the typical “this and that” of life.  The friction between this and that is where the greatest learning happens.  Tesshin likes to say that everyone is a teacher.  The opponent to a cherished belief can be a greater teacher than someone you totally agree with.  This is something we need to remember when we interact with others.

Zen teaches us that under all the noise of “this and that” we are all the same thing existing in the same suchness.  The “this and that” which separate us is much less important that the unifying “IT” that we all participate in.  So, wherever you stand on Pride, no not fear the reality, rather learn and grow from it.